An initial proposed project plan to replace the Buice Road bridge over Johns Creek was presented to the public during a meeting at city hall on March 10, 2022. When reviewing this document, keep in mind that this is just an initial drawing created as a starting point in discussions between the city and residents. On this map are two blue lines that cross Buice Road near Farmbrook Lane and closer to Twingate. These blue lines are new storm water drains so their location on the drawing will likely be the new low points on Buice Road after the bridge deck is raised.

Option #1 involves removing the acceleration lane that currently exists as you turn right from Twingate onto Buice Road. The acceleration lane would become a lawn area with a 5 foot wide sidewalk from the bridge to Twingate Drive. The picture below shows the entrance to Fox Creek, which is similar to what is proposed by option #1. Option #3 involves leaving all three lanes of pavement and the striping the same as it is now. The concern is that the addition of a sidewalk to the already narrow landscape buffer would likely result in the removal of the three large trees that are illuminated at night. This option is essentially what is shown in the buice-road-bridge-concept-1 file linked to above.

The picture below is of a recently replaced bridge on Bell Road in Johns Creek. Will the new Buice Road bridge have a similar stone finish? Will guard rails need to be installed before and after the new bridge, especially considering the higher elevation? If so, how far would they extend in each direction? Would it be similar to the amount of guard rail that was installed along Old Alabama near the Nature Center? 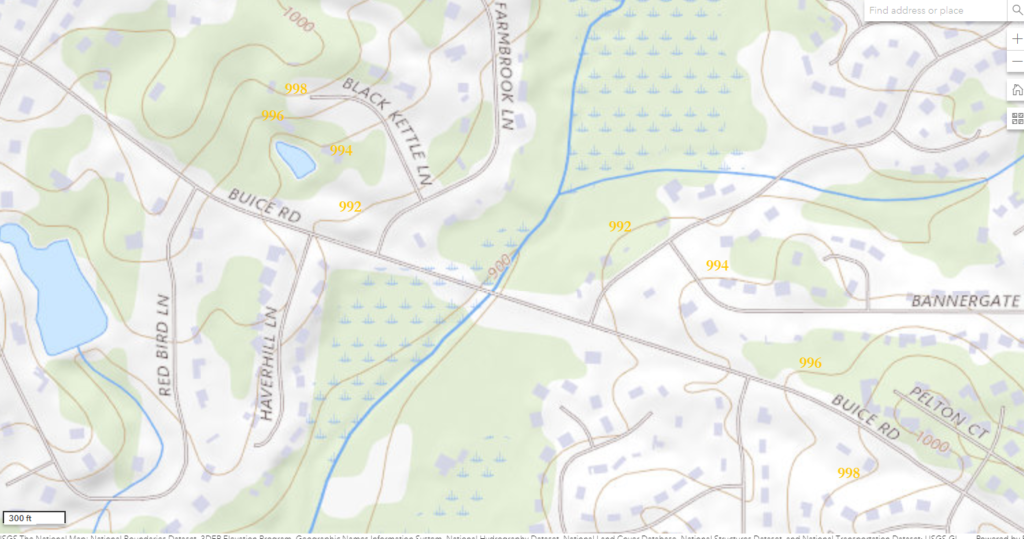 How much higher is 5 feet? 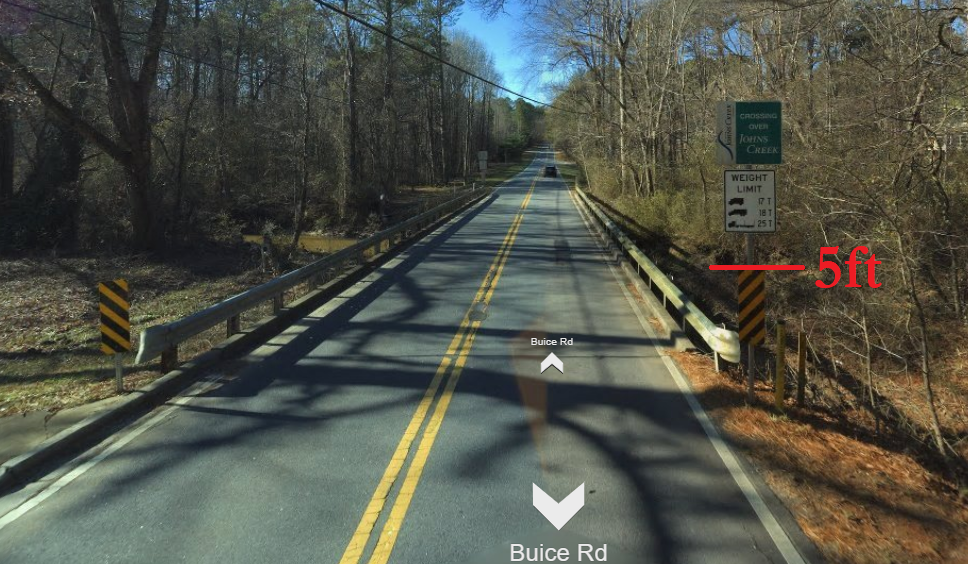 Below are a couple pictures of cars that are less than 5 feet high crossing the bridge: 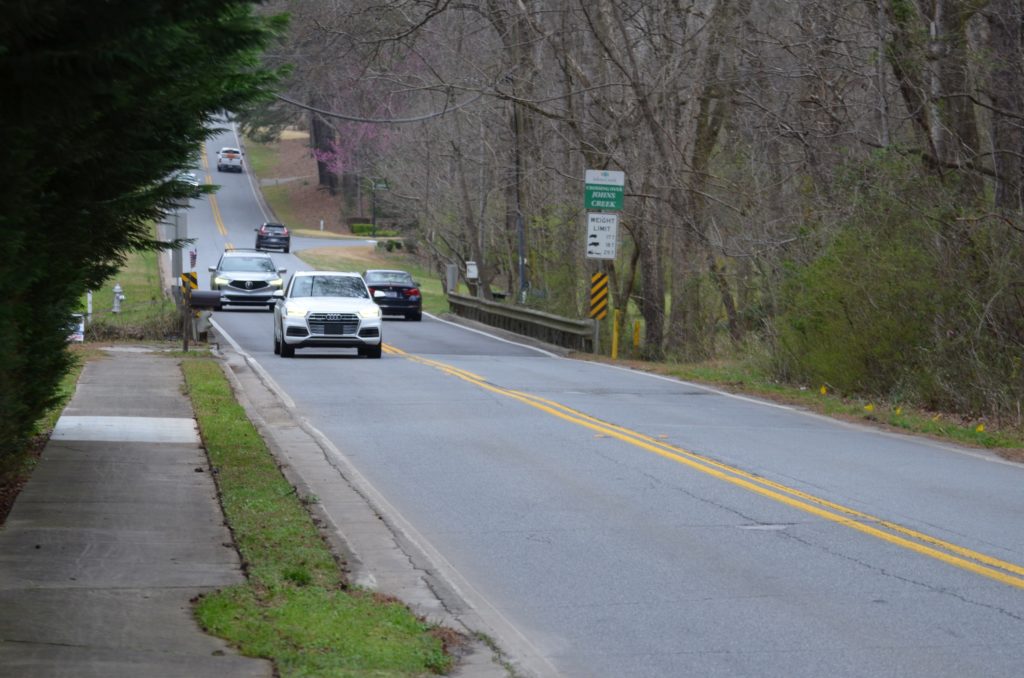 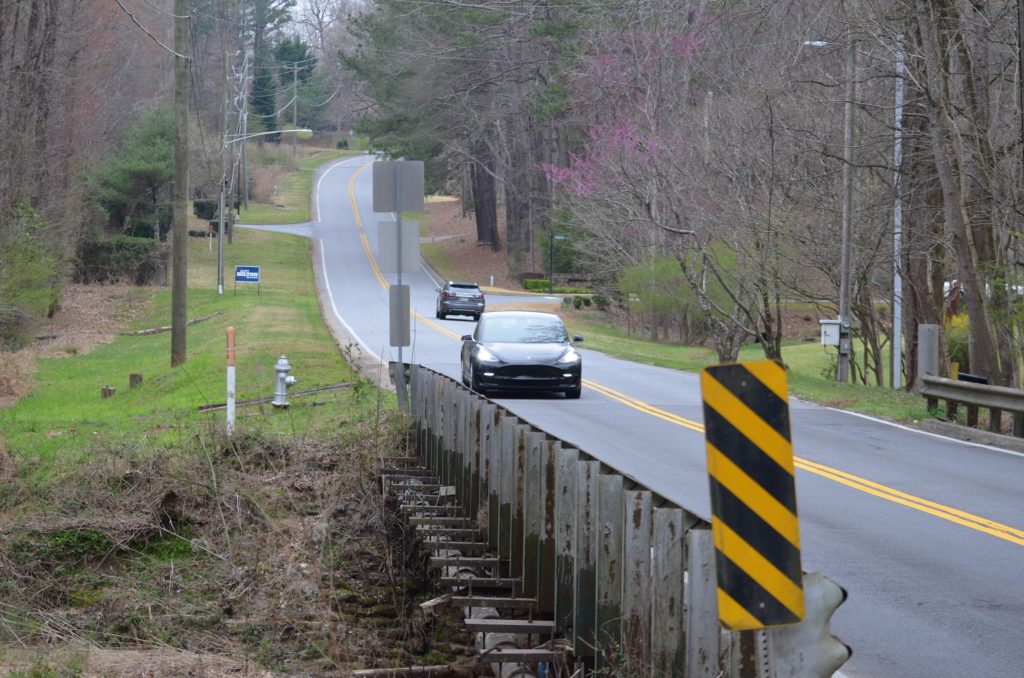 The picture below shows the approximate location of the lowest point on Buice after the bridge is replaced (based on the proposed location of new storm sewers):

The image below shows what a vehicle on the bridge might look like after the bridge deck is raised five feet:

The image below shows the view on Buice traveling eastbound towards Twingate before crossing the bridge. It is the approximate location of the proposed storm water drain location near Farmbrook Lane so it would presumably be the low point on Buice Road west of the bridge.